Oliver Schoofs studied law in Trier and Nancy II/France . From 1992-1994, he attended the graduate college at the Institute of Environmental and Technology Law at the University of Trier and took part in a scholarship program at the Deutsche Forschungsgemeinschaft [German Research Foundation]. He completed his legal traineeship in Berlin.

After commencing work as a specialist for construction and procurement law as well as real estate law in Berlin in January 1997, Oliver Schoofs went on to found the Leinemann Partner Rechtsanwälte law firm in collaboration with his fellow colleagues on January 1, 2000 . Since January 2001, he has been managing the firm’s office in Düsseldorf.

Oliver Schoofs has provided legal advisory services to numerous construction projects. These include major and well-known construction projects in the structural and civil engineering sectors as well as transport infrastructure initiatives. He advises companies during real estate transactions and on property management matters.

In addition, he also acts as advisor for the award of public contracts and serves as an authorized representative in the procurement review process. He also regularly represents clients in arbitration proceedings, resp. in legal disputes before the ordinary courts.

Further areas of activity: Arbitrator according to SG-Bau NRW [arbitration proceedings in accordance with the arbitration rules of the Building Industry Association of North Rhine-Westphalia] and the Schiedsgerichtsordnung [arbitration rules for the construction industry, including plant construction], lecturer at the training institute of the Association of German Engineers (VDI) and the Betriebswirtschaftliches Institut der Bauindustrie (BWI) [business institute for the construction industry]. In addition, The Handelsblatt has named him as one of the best lawyers in Germany in the field of "construction law" in 2021.

Oliver Schoofs is a specialist for construction and architecture law and member of both the German Society for Construction Law and the Bar Association in Düsseldorf.

All Publications by Oliver Schoofs
[+] 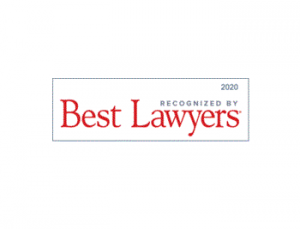